On the unveiling of the grey plaque to commemorate the fortieth anniversary of the discovery of the Double Helix at King's College London, Maurice Wilkins said these words:
"I'd like to emphasize that my presence in front of this plaque is to emphasize all five names there, including that of Rosalind Franklin who is not able to be present".
This magnanimous gesture was not just based on politeness and modesty but reflected the key collaborative effort required to provide the experimental data needed to crack the structure of the double helix. In this blog, I will provide a little background on some of the key collaborators at King's during the early years of the DNA work at King's who have been somewhat overshadowed in DNA history due to the grand narratives of Jim Watson and the biographers of Rosalind Franklin. 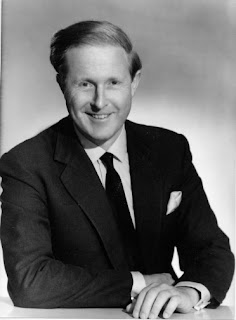 Raymond Gosling is relatively well known in the DNA story because of his collaboration with Rosalind Franklin on the X-ray crystallography of DNA. However, Gosling's role in the DNA story pre-dated Franklin's arrival at the lab and it is this work in collaboration with Maurice Wilkins which was also of great importance to the discovery of the double helix. He first joined the lab as a PhD student under the supervision of John Randall in 1949 and began working on the cell nucleus. This approach soon led to Gosling working on studies involving DNA and by 1950 Randall asked Gosling to gather information on ram sperm using X-ray diffraction. These fuzzy pictures were in rough accordance with the X-ray diffraction pictures of DNA by Astbury. The introduction of Signer DNA and the expert manipulation by Wilkins to obtain DNA threads allowed Gosling to improve these initial results and produce X-ray pictures that showed DNA's crystalline structure. With help from Randall, Gosling and Wilkins were able to produce the "Structure A" form of DNA through the bubbling of hydrogen through the camera to prevent air scattering. In early 1951, Rosalind Franklin joined the lab and Gosling was transferred to work under her in a crystallographic analysis of DNA. The crystallographic work of the two provided a key component to obtaining the structure of DNA by vastly improving the crystallographic images and distinguishing structures A and B of DNA. There collaboration continued until Rosalind Franklin left of Birkbeck College in early 1953 and is thankfully well documented  due to the survival of Rosalind Franklin's experimental notebooks (found at the Churchill Archives Centre, Cambridge) and also several articles the two published in Nature and Acta Crystallographica. 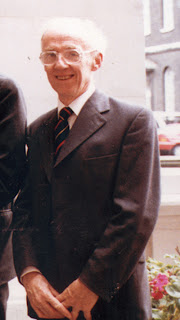 Whilst Gosling was the diligent lab worker, Alex Stokes was the theoretician who provided the crucial mathematical interpretations of the x-ray diffraction studies in order to guide the King's team in the right direction. Stokes was one of the initial appointments into the unit by Randall and came with valuable experience of X-ray crystallography from his time at the Cavendish Lab in Cambridge during the war. What distinguished Stokes from his other colleagues was his consummate ease in translating the patterns created on an X-ray diffraction film into a description of the atomic arrangement using his skills in mathematics. For example, it was Stokes who first noticed in 1950 that the X-ray diffraction photographs of DNA gave an indication of a helical structure by the absence of diffraction along the length of the molecule. Stokes later used complex mathematics in the form of Bessel functions to underline this, by famously working it out on a single train journey from his home in Welwyn Gardens City to London before christening the diagram, " Waves at Bessell-on-sea". 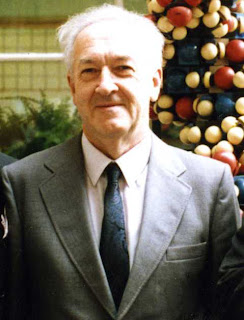 Though Herbert Wilson arrived six months before Watson and Crick unveiled the double helix to the world, his work with Maurice Wilkins uncovered essential information regarding the structure of DNA. Wilson arrived at the biophysics unit in September 1952 under tenure of the University of Wales. He soon began X-ray diffraction studies of DNA, nucleoproteins and cell nuclei under the guidance of Maurice Wilkins. The two collaborated on a number of investigations beginning in the autumn of 1952 comparing, under different humidities, different samples of DNA (such as pig thymus, squid sperm, and wheatgerm DNA). Their observations confirmed what Franklin and Gosling had concluded that the phosphate groups were found on the outside of DNA. They then extended the study to look at the effect of undried preparation of live trout sperm to support the hypothesis that the drying process had no affect on the in vivo structure which it subsequently confirmed. The importance of these comparative studies was affirmed by the growing number of samples that were collected that not only showed para-crystalline patterns but also the A-type of DNA. This indicated that the crystalline appearance of DNA was not laboratory induced but occurred in biologically active samples and that the work of Franklin and Gosling would have universal applications.