In understanding the role of Maurice Wilkins and King’s in the discovery of the double helix it is necessary to explore the background of the Biophysics Research unit. This Medical Research Council (MRC) funded group was crucial in the discovery due to its unique status as the only interdisciplinary biophysics laboratory in the UK.  Its self-consciously hybridised and almost dilettante approach to science bore fruit not just with the landmark discovery of DNA but also in regards to the pioneering muscle work of Jean Hanson and the research on collagen under J T Randall.

Biophysics in a Bombsite:

The Department owes its creation to the vision and direction of Sir Professor John Randall. He had been appointed Wheatstone Professor of Physics at King’s  in 1946 and part of his initiative was to have a separate biophysics department alongside the existing Physics department. It was Randall’s fantastic aptitude to wheel and deal that secured government funding for the unit through the Medical Research Council in 1946. This was shortly followed by Rockefeller Foundation granting funds for special apparatus such as electron microscopes and X-ray diffraction apparatus. Whilst money was not a problem the physical devastation of the Second World War was.

The impact of German bombs had left a crater 58 feet long and 27 feet deep and had completely destroyed the Physics laboratories in the basement of the quadrangle. Randall described the facilities as appalling but pressed the College for new rooms which he obtained in 1950 and was shortly followed in 1952 with an even better space in the form of the reconstructed quad laboratory in the Strand. Recruiting staff for the new unit was also relative ease with Randall transporting the core of his staff from his old St Andrews Department, including Maurice Wilkins who became his right hand man. Although established scientists were unwilling to join Randall’s venture he did manage to attract bright young scientists who were interested in interdisciplinary work. The likes of Jean Hanson, Geoffrey Brown, Bruce Fraser and Raymond Gosling joined the department in these early years. 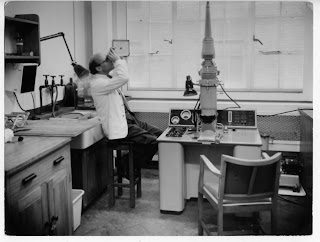 Although the biophysics unit at King’s was the bright young thing of the British physics scene this did not lead automatically to stellar success. The staff had to find their feet in new disciplines as physicist tried to be a biologist and vice versa. Randall in his 1951 Royal Society lecture on the unit described the lab as “an experiment in co-ordination centred in a University physics laboratory”. As an experiment, some failure was expected but this however was seen by some, such as Maurice Wilkins as not a bad thing: “If our programme had been thought out more clearly in advance they would unavoidably have been dominated by existing ideas as a result would not have provided the fullest opportunity for new ideas to arise”. In Maurice’s own case is own failure with ultrasonics led to microscopic work on sperm heads that convinced him in 1950 that DNA held genetic material. The enthusiasm and spirit of innovation is perhaps best captured by this a further recollection by Maurice:


“In one room in 1948 I remember two physicists setting up reflecting ultraviolet microscopes with a technician grinding and polishing quartz coverslips, a physicist trying to construct a high voltage electron microscope for direct study of thin tissue culture cells, another physicist smashing cell nuclei in a blender to make ‘Mirshy chromosomes’ and a biological technician handling tissue cultures under the expert supervision of Honor Fell”. 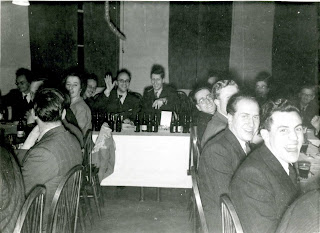 This frantic inter-disciplined laboratory was not the only reason why it began to be referred to as “Randall’s Circus” in King’s corridors. The spirit of the lab was maintained by hilarious Christmas parties with irrelevant songs, dances and once an opera being performed that pointed out the absurdities of the lab and made everyone laugh. This was complemented by the annual summer cricket match where J T Randall would take centre stage with his solid batting displays.

The collaborative, congenial and diverse scientific skills of the biophysics unit helped advance science in several directions during this period. It should be remembered that the discovery of DNA was not down to a few individuals but a number of scientists from around the world.