In a case of unusual coincidence, Maurice Wilkins has just today hit the headlines thanks to the publication by the National Archives of Security Service files on his activities. Wilkins was investigated between 1951-1954 by MI5 having been tipped off by the FBI that an Antipodean scientist, working on the Manhattan Project, had revealed information to American communist party members, including the "New Mexico set up". What is fascinating about these documents is that they both reveal aspects of Maurice's post-war lifestyle and the remarkable paucity of evidence that Wilkins could have been a spy.

The investigation against Wilkins began from a tip-off by the FBI that an Antipodean scientist had been informing Communists Party members from Brooklyn, New York and they transferred this scientific material to the USSR. Of the nine antipodeans involved only a few were believed to be possible candidates: Eric Burhop and Maurice Wilkins. Burhop was the strongest candidate due to communist political sympathies and was subject to a much longer investigation. The consideration of Wilkins only became an issue due to the inconclusiveness of the Burhop investigation and also prompted by a report by an informant from St Andrews University. Wilkins returned from the United States soon after the war to a biophysics position at St Andrews University, it was here that the informant met Wilkins and reported his "strong left leaning tendencies". It was his vehement defence of the British physicist, Alan Nunn May who had been accused of passing on nuclear secrets that caused the most alarm. Wilkins believed that passing on secrets connected to atomic energy was justifiable and that scientists were free to use their own knowledge how they wanted. Whilst, this opinion was seen by the informant as a potentially treasonous remark it should be noted that there was an opinion with a number of other atomic scientists, such as the famous Danish scientist, Niels Bohr, that the atomic secrets should be shared with the international community.


The investigation seems fairly low-key on the whole as the MI5 did not want to alert Maurice Wilkins of their activities. Instead, they began monitoring his movements and communications. The bulk of the documentation in the files are collected copies of received post, e.g. letters to estate agents, passport renewals and bank statements and letters from his family. The authorities did however approach Sir Harold Himsworth, the Secretary of the Medical Research Council, for an assessment of Wilkins and were provided with a written report on him by an anonymous informant who was at contact with him at King's. A previous report from an MI5 informant who met him at Birmingham before the war, described him as a "very queer fish" but whose associations were broadly left wing socialist rather than communist. The latter report described how his politics had mellowed and he now "come into College every morning with a copy of the Times, which he had apparently read on the journey". It goes on to describe him as a "caricature of a scientist" but "who recognises his own failings and tries to get over the difficulty with consultations with psychoanalysts". 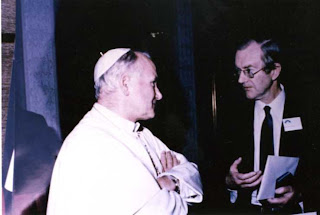 The impression of Wilkins in the paper are of a high principled, left-leaning shy young scientist who was dedicated to his work and friends. That he was seen as a "caricature of a scientist" was not lost on Wilkins reflecting in a later talk on the perception of science at Goldsmith's College in 1980 on how his outside appearance embodied the stereotypical scientist. Yet, such an assessment would be a gross disservice to him as he above all believed that the boundaries of a scientist were artificial and its relationship to art and spirituality should be encouraged.What is ironic about this assessment of Wilkins are in relation to his politic sympathies- from the sixties onwards Wilkins become as active politically as his scientific career, mainly in the form as President of the British Society for the Social Responsibility in Science (BSSRS) which was regarded as radical left wing organisation in the seventies.Wilkins's political activism saw his personal participation in the campaign to get the biological research work at Porton Down declassified and gave evidence to the Himsworth enquiry on the detrimental effects of CS gas in Northern Ireland. His advocating for nuclear disarmament in the seventies and eighties led to a number of high profile public appearances lobbying for their discontinuation, most famously of all meeting Pope John Paul II in December 1980 on the subject.

In an earlier draft section of Maurice Wilkins's autobiography discussed the Nunn May and Klaus Fuchs espionage cases. He points out that although having never met Nunn May their paths had crossed- both had been educated in Birmingham; studied Physics at Cambridge University and during the war he was invited, as a war worker, to stay at the Nunn May residence, south of Birmingham to avoid the heavy bombing. Wilkins sympathised with Nunn May as  he "like other high principled and independently minded young men I knew, he would have been indignant with Churchill for not keeping his promise and for having concealed from the Russian the very existence of the Atom Bomb Project". Yet the most interesting passage is Maurice reflecting on his own prospects as a spy:


"Looking back to the time I worked on the Manhattan Project in Berkeley during the war I am glad to say that no one ever approached me for secret information. It would have been foolish if they had, because I was one of the least experienced scientists and had no detailed knowledge except in relation to my particular problem. In any case, to have worked as a secret agent like Nunn May or Fuchs would not have appealed to me at all. It would have been better to have openly discussed with colleagues the need for the Allies to share information with the Soviet Union".